No! to Fake Listapad Film Festival

Our very own Ministry of Culture and Belarusfilm have conspired to take Listapad film festival away from its dedicated team (Irina Demyanova, Igor Sukmanov, and many other wonderful people) who have labored for more than 10 years to make it an essential event that was the highlight of the year for any local cinephile, a worthwhile adventure for a casual film-goer and an important platform for young Belarusian filmmakers. More than that, ART Corporation (an umbrella company for Listapad, TEART, art film distribution, etc.) is being shut down altogether. While Belarusfilm is bragging that it will uphold the existing traditions and improve on them, it should be obvious to anyone that they have no expertise whatsoever to do this. After all, Belarusfilm has always been infamous for failing to submit even the films by its own filmmakers to international film festivals. Also, let's face it: their only films worth sending anywhere were the ones where directors were left to their own devices, because a documentary or an animated short wasn't considered worth bothering with. Watching any of their fiction features for the last twenty years, on the other hand, should be reason enough to say: they don't know a thing about cinema, and if there's anything at all they're proficient at, it's pleasing state officials. And yet they're supposedly going to try and use Listapad to promote their film studio and Belarus as a production site for foreign companies (while doing next to nothing to improve the actual production conditions). Belarusfilm managers might even award the films they produced in a lame attempt to boost their own prestige. Still, to each their own. Belarusfilm has settled comfortably in its opportunistic role that's neither that of a scab, nor quite culture police, but rather resembles both. Me, I'm just going to boycott this year's fake festival. I'm also reasonably sure that the days of this corrupt studio are over since it relies so heavily on public funding and the current unsustainable system in general.

And yet, it's not just us, something very similar has just happened to the team of U.K.'s Sheffield Doc/Fest. It looks like a board of trustees with what they probably see as commercial optimization can be no better than paternalist civil servants who serve only themselves. Even their style is similar: they all couldn't care less about cinema or people, they all prefer not to give any advance warning and tell you can reapply when the positions are advertised again.
So we shouldn't just wait for the beautiful tomorrow or 'прекрасное далёко'. Tomorrow isn't always beautiful and we should stand together now and work together when we can.

Posted by Maksim Karpitski at 3:04 AM No comments:

Since I'm hardly ever writing anything here these days, at times this blog's sole purpose seems to be aggregating the links to some of the good film criticism I was fortunate to read throughout the year. And why not? Like always, this list doesn't aim to be exhaustive or impartial and might be expanded with comments, quotations and more links later on. Cineticle is, as ever, the best but absent from here. 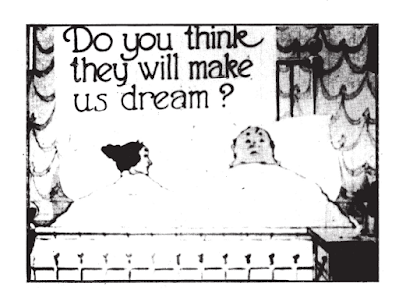 A state funeral is a public funeral ceremony, observing the strict rules of protocol, held to honour people of national significance. State funerals usually include much pomp and ceremony as well as religious overtones and distinctive elements of military tradition. (Wikipedia)


Read more »
Posted by Maksim Karpitski at 5:16 AM No comments:

The Decade in Moving Images

This is mostly meant for personal use as a reminder of what I've seen and what I still value. Don't be alarmed if it doesn't seem to make sense as a whole. If you feel this way, you're probably right as this inventory hasn't been edited to highlight any filmmaking trends whatsoever. 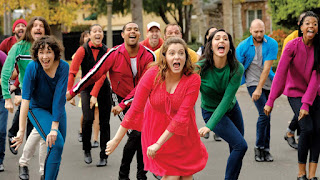 Read more »
Posted by Maksim Karpitski at 6:48 AM No comments:

Just like last year, I'm reminding you that some of the best film criticism you can find is at Cineticle (alas, in Russian only) but since I'm on the editing team there it's not going to be represented in this collection (well, almost). The list is extremely partial, incomplete and may be expanded later on. Also, the pieces here are mentioned for various reasons: some may be excellent criticism, others might offer illuminating research, or present a summary that I found useful for one reason or another. 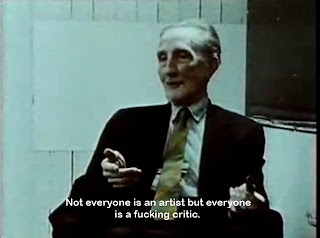 Read more »
Posted by Maksim Karpitski at 5:07 AM No comments:

I have to say that some of the best film criticism you can find is at Cineticle (alas, in Russian only) but since I'm on the editing team there it's not going to be represented in this review. The list is extremely partial, incomplete and may be expanded later on. Also, the pieces here are mentioned for various reasons: some may be excellent criticism, others might offer illuminating research, or present a summary that I found useful for one reason or another. Some of the good stuff I've also translated into Russian, it's not included here as these texts are partly my work now, too. 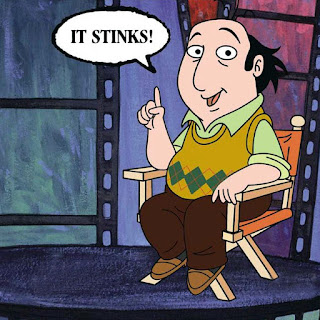 Read more »
Posted by Maksim Karpitski at 5:33 AM No comments:

﻿The FIPRESCI jury at the 25th edition of the Minsk International Film Festival “Listapad” regret to have learned that independent critics and industry representatives from Belarus are no longer actively part of the national competition’s selection committee at “Listapad”. In the long term, Belorussian cinema will only be fully represented at the event if its diversity is matched by the diversity of the bodies judging it. We thus hope the Ministry of Culture will consider opening up the national competition’s selection committee to help ensure that “Listapad” upholds its unique and international prestige as an event that celebrates the diverse cinemas of both the world, and Belarus. 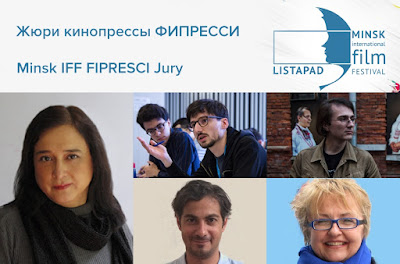 Read more »
Posted by Maksim Karpitski at 11:08 AM No comments: